Born in Montreal in 1974, Olivier Amar was not initially destined to a propelling career in the cyber-security industry. Second son of immigrant parents who came to Canada from Morocco in 1967, he graduated from Bishops University in Business Administration and Marketing to work in Hotel Management and Real Estate. Holding several management positions at the Germain Hotel, Grand Plaza and Intercontinental Hotels including, joining his father’s Real Estate office, his life seemed set until he met his future wife and moved to Israel in 2005 to be with her!

Landing first a VP marketing position for the Israeli Start-Up company ``Get Taxi``, Olivier was instrumental in helping its President raise 30 million dollars. Today,``Get Taxi`` is one of the top 20 internet companies in Israel.

Approached by a friend to start-up a new company to offer internet users security and privacy services online, Olivier took a 50% cut in salary to join him and ``My Permissions`` was born.

As CEO, co-founder and responsible for business development and marketing, Olivier explains how My Permissions works. ``People have no idea how exposed their personal information is on the net when using Facebook, Google+ or Drop Box or how many people can access their photos, bank info, email, and contacts each time they forfeit personal information through registration protocols without their knowledge.`` My Permissions is a free cloud based app solution that solves and protects people’s personal information and gives them back control on who is permitted to access it. View My Permissions’ CEO interview video:

More impressive is in the first 18 months of operation, Olivier raised one million and half dollars, went from a two people operation to seven and got extensive media coverage in Wired, Time Tech, NBC News.com, PC Computing and many others. He was also invited to speak in Seattle, Germany, Berlin San Francisco, Japan and Spain and already, boasts one million My Permission users worldwide. 50% of users are American, the other 50% come from Germany, France, Spain, the UK and 30,000 users come from Canada.

Going for a second financing round this summer to raise an additional three to five million dollars, Olivier is targeting 10 million users worldwide and aims to position My Permissions as an authority in online security, privacy and trust both in the consumer privacy and b2b privacy markets. In the b2b privacy market, My Permissions has already started. Online Web developers and Telecommunication companies pay an annual fee ranging from $500 to $2,000 dollars to have their site My Permissions certified to guarantee consumer privacy.

Privacy is sensitive in many countries, in Israel also. In fact, in the last decade, this country took a dominating worldwide role by creating a Cyber-security hub in Be’ercheva with the Israeli Defense Forces and the developing cybersecurity prowess of the Ben Gurion University which layed the groundwork to a number of successful collaborations between Tech industries and academia attracting large corporations like IBM, CISCO and GE.

Olivier Amar’s company couldn’t be better geographically located and connected to such a large pool of skilled and specialized labor! More recently, his team picked up a Facebook mobile security flaw unknown to the Facebook tech team!

With the same land mass as New Jersey, Israel has also been hailed as the Startup Nation because of its highest density of start-ups per capita in the world- one for every 1,844 citizens .

The cybersecurity market is sizzling. In 2013, American venture capital firms invested more than $900 million in some 100 companies. This trend will continue especially given the recent exposure of the wiretapping and monitoring of communications of heads of state. Be it government, large private companies or persons, all have an urgent need for improved electronic and digital security and privacy measures.

Canada is no exception. In 2010, the Government of Canada launched its Canada’s Cyber Security 5 Year Strategy Plan designed to guide its efforts to make cyberspace more secure for all Canadians. A three pillar strategy, its aim is to secure Government systems, partner to secure vital cyber systems outside the Federal Government and help Canadians be secure online.

A government website called Get Cyber Safe has also been made available and is an excellent information and educational online resource which sensitizes Canadians to the various existing online threats, activities, common scams, frauds and devices protection.

Married with two young children, Olivier now 39 years old, is very much settled and happy in Israel with no plans to return to Canada eventhough he is a proud Canadian and still following the Habs and the Expos! His time is split between growing his company, mentoring budding entrepreneurs in Israel and planning the opening of a second office in Silicon Valley.

So how can we lure you back to Canada, I ask? “Invite me to speak about cybersecurity like other countries concerned about online privacy have done; that would be a great start!” And what advice would you give to budding entrepreneurs looking for risk capital? “Never take no for an answer, accept money only from people that can bring value to your company and only hire people you like!” 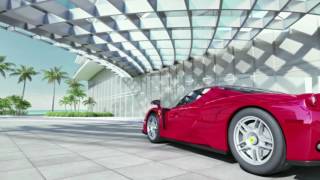 Which Immigrant Entrepreneur Profile are you?

Which Immigrant Entrepreneur Profile are you?